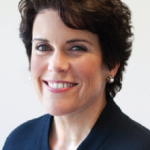 Marian Walsh, the recipient of several book awards and author of RUN: Your Personal Guide to Winning Public Office, will discuss how your leadership skills dramatically impact your career and life, no matter what path you pursue.

Based on her extensive experience, and her unlikely, but highly successful candidacies, Marian Walsh will change the way you think about politics and public leadership, and most importantly, how to strengthen your own leadership.

You will be captivated by Walsh’s nonpartisan campaign primer that was seasoned with her long shot Massachusetts campaign victories and political successes — including public debates on the death penalty, gay marriage, and the clergy sexual abuse of children.

Marian Walsh defies traditional politics, with accomplishment and joy, and she invites more citizens to do the same.  She is the recipient of many public leadership awards, including being nominated for the “John F. Kennedy, Profile in Courage Award,” and has held ranking leadership positions in the Massachusetts Senate.  Before election into these leadership roles, Marian Walsh served as the Chief Administrative Officer for the Suffolk County District Attorney’s Office in Boston, MA — spearheading many reforms and new programs for the protection of victims, and for more efficient law enforcement.  She is the Founder of the American Campaign School and Leadership Camp in Boston, MA.

Dinner and drinks will be provided.  Registration is required, sign-in upon arrival.

Your ticket for the: Register for “RUN and win: Marian Walsh talks about leadership” event