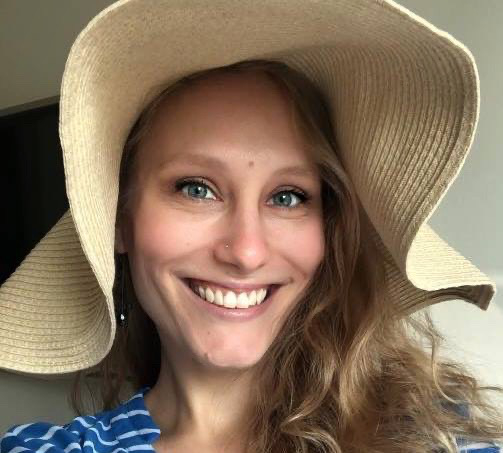 Here’s What You Need to Know About Environmental Justice

1. The EJ Movement been around for decades, and they’ve done the research

While the awakening to environmental contamination started decades before, the grassroots movement concerned with environmental justice and activism began in earnest in the 1980s. Over the years, local victims have joined the movement as they began to experience the impacts in their own neighborhoods.

In 1984, the California Waste Management Board contracted Cerrell Associates to write a report identifying the “characteristics of communities least likely to resist the siting of waste incineration facilities”. Communities found to be “affluent” and “wealthy” were taken out of the consideration for these sites. Communities described by words like “depressed”, “distressed” and “minority-owned” were favorable. They concluded that communities made up of college-educated, middle- and upper-class professionals would have more wherewithal, political power, and ability to organize against the pollution of their homes, while low income, less educated, rural communities would not.

Over the years we’ve seen how this targeting of certain communities has led to increased hazardous waste, air, and water pollution in those areas. The Farmworkers Union in the San Joaquin Valley of California has spent decades fighting pesticide contamination of the fields in which they work as well as the areas in which they live. An article published in 1992 stated that “about 10% of total pesticide use in the USA is in the San Joaquin Valley”, and it is still an issue today.

This research article shows that, in the US, fine particulate matter exposure “is disproportionately caused by consumption of goods and services mainly by the non-Hispanic white majority, but disproportionately inhaled by black and Hispanic minorities. On average, non-Hispanic whites experience a “pollution advantage”: They experience ∼17% less air pollution exposure than is caused by their consumption. Blacks and Hispanics on average bear a “pollution burden” of 56% and 63% excess exposure, respectively, relative to the exposure caused by their consumption.”

Children are more susceptible to the health impacts of exposure to air pollution and other toxicants. The Clark County school district in Nevada released data that showed during the 2006-2007 school year, “African American students had the highest rates of asthma by race (13.4%) followed by Hispanic/Latino students (6.6%). Furthermore, asthma is the single leading cause of missed school days in the nation and has been shown to be a significant factor in absenteeism leading to being held back a grade in Clark County Schools.”

The use of surface mining techniques, where companies use millions of pounds of explosives to remove mountaintops in order to excavate the coal underneath, has led to a water crisis in areas like Appalachia and taken a “catastrophic toll on the health of those whose water supply lies in its path”. Residents can’t use their tap water for drinking, cooking, cleaning, or bathing. One man had his water tested and was told it was so toxic that, if he washed his clothes in it, there was a possibility direct sunlight could set his clothes on fire. People are having to drive for more than an hour to stock up on bottled water. This, of course, has environmental and economic domino effects when it comes to the use and price of gas as well as the production of plastic water bottles.

2. Be wary of government groups meant to protect your environment

In 1992, The National Law Journal published its findings from an investigation into government agencies’ roles in environmental injustice. The opening statement reads:

“The federal government, in its cleanup of hazardous sites and its pursuit of polluters, favors white communities over minority communities under environmental laws meant to provide equal protection for all citizens.”

They found that the Environmental Protection Agency (EPA) favored white communities over minority communities when it came to placing penalties on sites violating environmental laws as well as the clean-up of abandoned hazardous waste sites. Today, we continue to see our government refusing to be part of the global solution to environmental issues and even choosing to roll back protections that have been put in place, putting minority communities in greater danger by doing so.

Unfortunately, we cannot talk about environmental injustice without getting political. Environmental discrimination is made possible by politicians and people in power who sign off on the policies and regulations that lead to these injustices. Our votes are more important than ever.

3. Environmental injustice does not happen in a vacuum

For decades, the dumping of toxic waste, pesticide usage, and exposure to air and water pollution has been more prevalent in low-income communities than affluent ones. These factors cause health issues in people with less access to affordable healthcare, which can lead to being held back from academic advancement thus causing a disproportionate lack of opportunity and professional development. These underlying health issues also make people more susceptible to disease, like the coronavirus.

However, at some point in the not-so-distant future, what is hurting our minority communities will hurt us all. The domino effect that starts with the farmers in San Joaquin Valley and the coal mining towns of Appalachia will end with contaminating every community. There is no way to keep polluted air and water strictly within minority neighborhood boundaries. There are so many circumstances in which we take preventative measures – in times of war, with our health – why would we not do the same for our environment? By the time all of our air and water is affected, it will be too late.

Your ticket for the: Here’s What You Need to Know About Environmental Justice

Here’s What You Need to Know About Environmental Justice